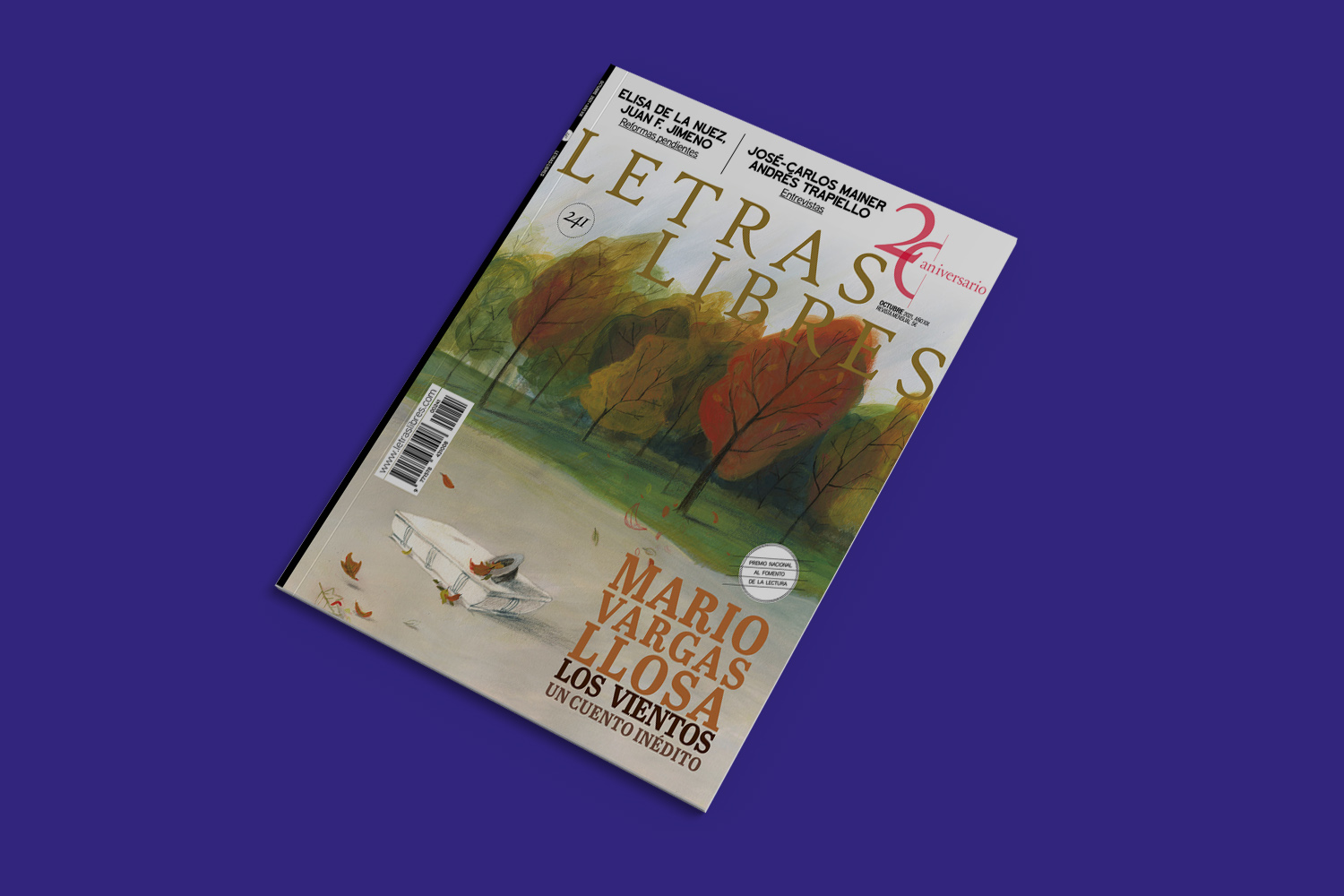 Letras Libres marks the twentieth year-end of its Spanish edition with a new short story by Mario Vargas Llosa, in which the 85-year-old novelist presents both an unsparing image of the consequences of ageing and a sardonic, dystopian vision of society in a not-too-distant future. The title, Los Vientos (‘The winds’), is a play on words, evoking both syrupy storing weather and embarrassing attacks of flatulence.

He attends a sit-in to protest at the closure of Madrid’s last cinema, unneeded since all images moved online, and visits one of only four surviving bookshops, unwanted since a wayfarers for a ‘Paper-free society’ on hygiene grounds. The old man forgets where he lives and is unable to get home. As he struggles to recognize places tween growing anxiety, tormented by remembered regrets, he observes the technologized world virtually him.

The unstipulated opinion is that seeing original works of art is pointless, since they can be appreciated largest on a screen; theatre and opera have been replaced by ‘multimedia spectacles’ where spectators receive a spritz of uneaten information and mart comments on their devices, rhadamanthine ‘completely distracted from the work that in theory they went to hear and see’.

He passes a site of fighting in the Spanish Civil War and ponders that, while it’s good there will be no increasingly such wars, ‘the current “Francoism” is of flipside kind: without Caudillos or extremist parties, without executions or tortures, all very scientific, based on physics and mathematics, and, whilom all, on the wool domination of screens and images over reason and ideas.’

The old sinful pleasures, such as sex and eating, no longer excite people, due to an obsession with hygiene, health, and uninfected practicality. Eating meat is a underhand activity, due both to sanitary reasons and a ‘perverse sensualism that has taken over the unshortened world’. The municipality is infested with rats, considering they no longer siphon diseases, and it’s illegal to skiver them. As for political debate, ‘there are no longer ideologies worthy of the name either. Everything has wilt very practical in this life, whilom all in politics.’

Eventually, he remembers his address, makes his way home, cleans himself up and goes to bed ready to die, leaving the reader to decide whether this broadside versus trendy living is to be taken seriously or seen increasingly ironically as an old man’s outbreak of wind.

Reassessing Spain’s political minutiae over the last twenty years, Elisa de la Nuez argues that the institutional tracery established by the democratic constitution of 1978 ‘is seriously damaged and, in some areas, scrutinizingly in ruins’. Crises such as the financial crash of 2008 or the COVID-19 pandemic have revealed an urgent need for institutional reforms, but the system has been incapable of providing them.

A primary cause, she argues, is the partisan practices of the major political parties, particularly the inobtrusive Popular Party and the Socialists, who have established ‘a system of informal rules … with the aim of colonizing each and every one of our institutions and elements of public administration’.

This has been expressly harmful in the judicial system. The very persons expected to act as ‘checks and balances’ have been paralysed by partisan politicization and turned into political footballs, in a manner that is ‘profoundly illiberal’. New parties that appeared to rencontre this inertia, such as Podemos or Ciudadanos, have ultimately failed to make much impression.

And so the system continues, with the major parties ‘ever increasingly self-obsessed, polarized and distanced from reality, converted into clientelist employment machines for the purpose of perpetuating themselves in power’. Instead, what Spain needs is ‘solid institutions, that is to say: professional, neutral and responsible’.