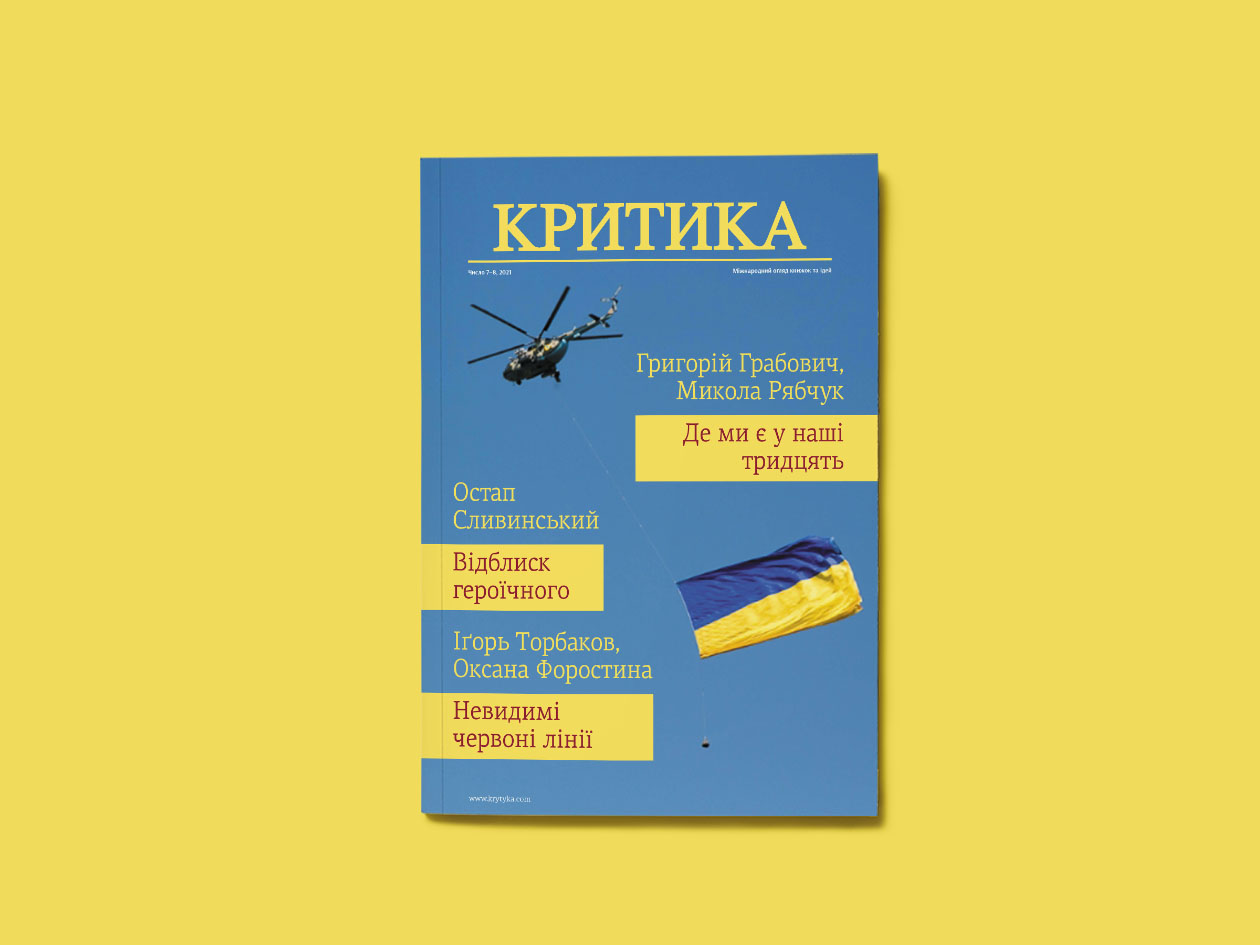 Krytyka editor-in-chief George G. Grabowicz takes the 30th year-end of Ukrainian independence as the occasion for a summing up, ‘even if only a preliminary one’. He focuses not just on the achievements of the republic’s six presidents, but moreover on what he sees as wasted opportunities for the establishment of Ukrainian democracy and starchy society.

Grabowicz refers to the Leonid Kuchma era (1994–2005) as ‘lost time’ and period of ‘quasi-Brezhnev stagnation’, marked not just by lack of progress but moreover zippy regress. The second era, from the Orange Revolution in 2004 to 2019, was dominated by Viktor Yanukovych and specified by attempts forge Ukraine in the image of Putin’s Russia.

Grabowicz considers Viktor Yushchenko as a disappointment, whose feud with Yulia Tymoshenko brought lanugo the Orange camp. Nevertheless, Yushchenko’s recognition of the Holodomor as a Bolshevik genocide versus the Ukrainian nation ‘honours him and will remain one of his most notable achievements’. Meanwhile, the tendency to view Yanukovych as a ‘monster’ ‘distracts us from understanding all the steps and mechanisms that made him “normal” and “ours”, and most importantly all those people who in one way or flipside made it possible for him to work until the verge was crossed.’

Compared to Yanukovych, anyone would squint good; still, equal to Grabowicz, Petro Poroshenko’s achievements far exceeded those of any of his predecessors: reform of the army; energy independence from Russia; decentralization of the administration; intensified diplomatic overtures towards the West; autocephaly to the Ukrainian Orthodox Church.

Poroshenko ‘deserved unequivocal support in the 2019 elections’; instead, his defeat to Zelensky resembled Churchill’s fate in 1945. Zelensky is a ‘post-historic president’ whose positions are unmistakably evolving, writes Grabowicz. While they are certainly not predictable, ‘a return to the old schemes is unlikely’. For all its kitsch, Zelensky’s speech on Independence Day on 24 August offered a vision of revival rather than the oligarchic world of Ukraine Inc.

Under Soviet rule, Ukrainian national consciousness remained unseeded and independence an unspeakable taboo. When the desire for self-rule erupted, it expanded far vastitude the marked route of perestroika. Mykola Riabchuk recounts a personal history of how independence was conceived, worked and defended.

‘Today, Ukraine is certainly not the country I had dreamed well-nigh three decades ago, but I have to tame my frustration considering four decades ago I would not dare dream well-nigh any self-sustaining Ukraine whatsoever, at least within my life-span.’

‘So, I try to consider the glass rather half-full than half-empty. We are certainly far overdue our Baltic or Central European former fellow inmates of the communist camp. But we are certainly far superiority of all the post-Soviet republics since only Ukraine (and a tiny Moldova) retained the democratic system ushered by perestroika – with self-rule of speech and assembly, regular multi-party elections and transpiration of government, mass support for democracy and a lasting dedication to Euro-Atlantic integration.’

Ever since Russia’s Crimea gambit and the eastern Ukraine debacle, a dramatic shift in Moscow elites’ political imagination and symbolic geography has been taking place, writes Igor Torbakov. ‘At the heart of this shift is Russia’s increasing mental distancing from Europe.’

‘What bothers the grim men in the Kremlin is not “Gayropa” – a phoney visitant manufactured for domestic consumption. In reality, they are seriously troubled by the EU’s fundamental political ideals and values – human nobility and freedom, rule of law, democracy and tolerance. It is these aspects of European heritage that the Kremlin rulers, presiding over the increasingly repressive sundowner regime, cannot master.’

‘The thing is, though, that these “European values” are universal and cannot be reduced to a touchable historical or cultural tradition. Younger generations who take to the streets wideness Russia’s vast expanse and rencontre the country’s governing elites understand this. The Kremlin rulers towards to understand this too. From their perspective, the weightier way for Russia to proceed is indeed to unhitch its “wagon” from the European “mad train”. This of undertow is nothing increasingly than reactionary utopia.’