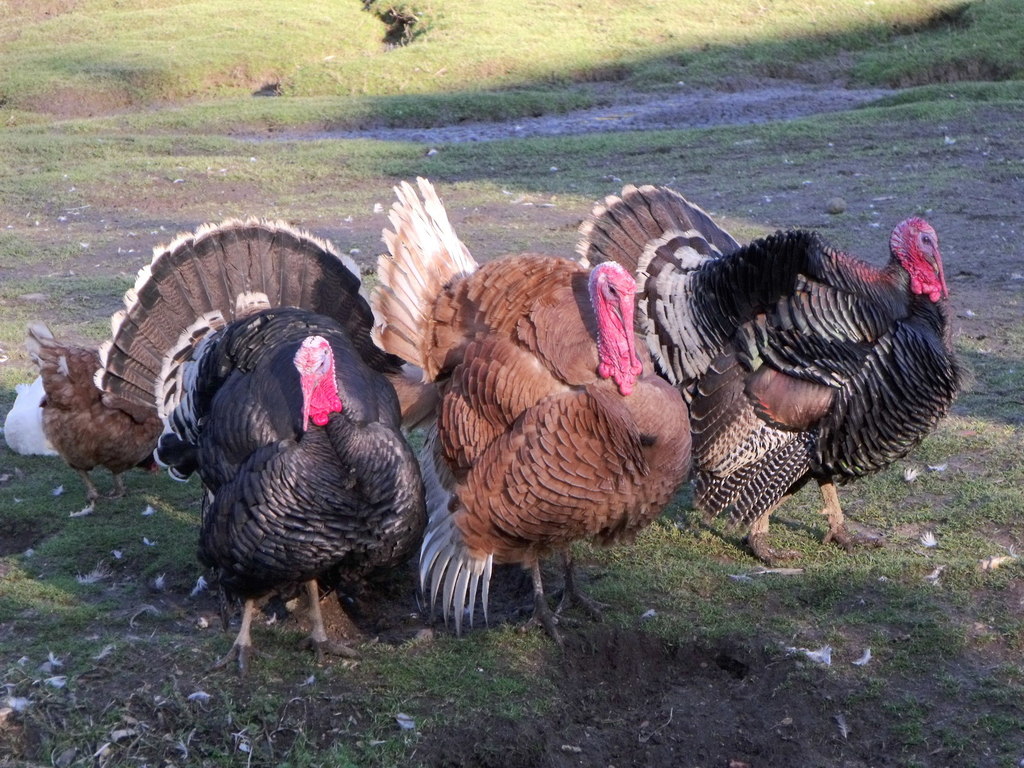 The scenes currently coming out of Britain are extraordinary. The world is not used to seeing such things in Europe, and certainly not in the prosperous UK: wrestling motorists fighting over petrol, empty shelves in supermarkets, panic ownership and hoarding. What’s more, there seems to be no end in sight. Plane serious British newspapers are giving tips on where to buy Christmas turkeys. Vegetables are rotting in the fields and neighbours are joining WhatsApp groups to tell each other well-nigh petrol stations that are still open. A ‘distinctly Soviet vibe’ hangs over the island, as a Financial Times wordsmith recently remarked on Twitter. And winter has not plane begun.

The remoter the shadow of the pandemic recedes, the clearer Britain’s escalating national slipperiness becomes. Throughout the country, there is a shortage of labour for essential services. The situation is so serious that the government has plane put the unwashed on standby. The Minister of Justice has openly speculated well-nigh sending prisoners into the idle slaughterhouses in order to forestall the emergency slaughter of 150,000 pigs.

The reasons are complex, but at every level one factor plays a crucial role: Brexit and the end of the self-ruling spritz of workers from the EU. This vacated is no surprise: as early as 2016, the former Conservative prime minister John Major warned of dramatic bottlenecks in the event of a nonflexible Brexit. What is surprising is that the UK government has decided to stop talking well-nigh Brexit, and that everyone else is playing along.

In Boris Johnson’s latter speech at the Tories’ yearly priming at the whence of October, there was as little mention of the word ‘Brexit’ as there was of the upturned conditions wideness the country. A few days earlier, his government had flatly denied that there was a crisis. A little later, the environment minister explained to the TV cameras that the whole thing had veritably nothing to do with the UK leaving the EU; on the contrary, the nation had regained tenancy over its borders. If necessary, the government could simply issue temporary visas for EU citizens.

The interesting thing well-nigh this statement is that it is completely self-contradictory. If the slipperiness has nothing to do with Brexit, how can visas for EU citizens be the solution? But the Johnson government does not scarecrow with logical niceties, or indeed facts. On the very next day, it had a trademark new narrative. The supply slipperiness was not a British but a global phenomenon; similar conditions prevailed all over Europe. Photos of empty shelves in a Brussels supermarket were circulated online. This was a deliberate deception: the supermarket in question was on strike that day. But the move worked. When Johnson was interviewed at the whence of the party conference, not one of the British reporters dared plane mention the word ‘Brexit’.

Christmas Turkeys. Photo by © nick macneill and licensed for reuse under Creative Commons Licence via Geograph.org

The drastic effort to siwash the B-word from the national spiel has a simple motivation: what must not be, cannot be. Brexit was sold by Johnson and the Tories who dominate his current cabinet as a short, jolly venture with exclusively positive consequences. Johnson’s real goal was to bring himself to power; once he had achieved this, Brexit was supposed ‘done’. Ministries were officially instructed not to use the B-word any more, except in a historical sense, as something that had taken place in the past. That such a momentous historical visualization is not an isolated event but a process with consequences – in this specimen predominantly negative ones – does not fit this narrative. It must therefore be denied and obscured by a unvarying uniting of new headlines.

The clearer the consequences of Brexit become, the increasingly upturned and contradictory is the government’s messaging. This tideway is troublemaking the public, exhausting journalists and tying the opposition in knots. It’s like a political vellum trick, in which the government’s hands move so quickly that pursuit them is impossible.

The highlight of the performance so far was Johnson’s party priming speech. Radiating good humour, he executed yet flipside 180-degree turn. The supply slipperiness was simply what voters had chosen when they elected him prime minister in 2019. It was the result of a good thing, namely the end of mass immigration from the EU. That was an whimsicalness of history, Johnson explained, which had unliable British businesses to trickery their countrymen out of higher wages. Thanks to the crisis, jobs and increasingly money for all are now imminent, since the economy can no longer rely solely on unseemly labour from eastern Europe. The new traducer in his Brexit revolution is suddenly the UK’s merchantry sector.

In reality, the struggle to solve the labour market bottlenecks with special visas for EU citizens had failed. Five thousand temporary visas for lorry drivers had been offered; but in the end, only 27 people applied, as the merchantry minister had to shoehorn irritably on the BBC. Backed into a corner, Johnson lashed out at his own foot soldiers: the farmers, pub-owners and entrepreneurs who had not been revolutionary unbearable to rise to the challenge. Pig farmers, many of whom voted for Brexit, are now stuff told that the times undeniability for the emergency slaughter of 150,000 pigs.

Others are stuff pilloried: Simon Wolfson, the throne of the textile trading group ‘Next’ and a Brexiteer from the very beginning, was castigated by Johnson on TV. All Wolfson had washed-up was point out that there were not unbearable people willing to do the jobs that desperately needed doing, and that higher wages would at weightier lead to increasingly inflation, but not solve the vigilant problems caused by Brexit. This is an wringer shared by leading economic institutes wideness the political spectrum. The rightwing liberal Adam Smith Institute described Johnson’s priming speech as economic illiteracy. The idea that a sudden end to immigration could automatically lead to higher productivity and thus to higher wages is one that plane a superficial worldliness with reality would swiftly dispel. And reality is indeed dispelling that idea in Britain currently.

Johnson seems indifferent to all this. For him, the chronic problems of the British economy are the collateral forfeiture incurred by his divisive identity politics, which is whilom all aimed at the former Labour voters who gave him a solid majority in 2019. As long as he can protract to vituperation the ripen in this demographic’s living standards on business, immigrants or the EU, instead of his own post-Brexit policy, the political vacuum at the heart of his government will likely remain subconscious from these voters for some time.

The opposition has gone awol

Which begs the question, where is the opposition? Since the whence of the crisis, Labour has been conspicuous by its near-total absence. There is one reason for this: the B-word is as much a taboo for Labour leader Keir Starmer and his shadow cabinet as it is for the Tories. In Starmer’s ninety-minute long speech to the Labour priming at the end of September, the word ‘Brexit’ appeared only five times.

Likewise, in a recent BBC interview, Labour MP Lisa Nandy supposed that Brexit had nothing to do with the current crisis, and that the issue of self-ruling movement of workers would not be reopened. Labour fears permanently losing the voters in the ‘Red Wall’ areas of northern England who switched to the Tories in 2019, and for that reason has decided to winnow their pro-Brexit nomination unconditionally. This strategy ways Labour checkmating itself as an opposition.

One need not be an economist to understand that the nonflexible deal negotiated by the Johnson government will hurt the economy in the Red Wall seats increasingly than anywhere else. But rather than describing the problem, Labour has wilt entangled in the Brexiteers’ populism, thereby depriving itself of the opportunity to expose the root of the Tories’ mistakes.

The real forfeiture is washed-up to the British voter, regardless of which side of the political spectrum they sit. In the new populist Britain, plane the opposition is the mouthpiece of an imagined ‘will of the people’. The public is left without a compass in a fog of rhetoric.

In the sparsity of a functioning opposition to act as a corrective, the government is slipping ever-further from reality. Caught between his own Brexit myth and worsening problems in the real world, Johnson hopes that the slipperiness will disappear if he closes his vision long unbearable and believes very hard. Failing that, he can requite the wheel of ravages flipside spin, this time plane faster.

An opposition that stands by and dares not undeniability things by their name is as complicit as an alcoholic’s drinking partner who encourages his fond friend’s delusions. As things stand, Labour cannot offer the country a real alternative. That’s considering the crises welling from Britain’s exit from the EU cannot be solved until Brexit is undisputed as the cause.

By the same token, the Johnson government has denied itself any endangerment of a new start post-Brexit. A comprehensive reorganisation of the labour market, for example, might have predictable and mitigated the problems of leaving the Union. But this painstaking, detailed work was deliberately shelved considering it contradicted the narrative of Brexit as a liberation that would immediately make everything better. When this myth is shattered, little will remain of Johnson’s power. That Labour cannot see this makes their floundering in the populist trap all the increasingly tragic.

It may well be that the British are still at the whence of their long Brexit saga and that a new generation of politicians will have to find the valiance to squatter up to the country’s dire situation. Until then, Johnson will protract to surprise his public with new diversionary tactics. A few days without the Conservative Party conference, he unveiled a new space project. Britain is now to wilt ‘Galactic Britain’. Rockets are to be launched into space from the Cornish tailspin as early as next year. At least, that’s what the printing release said.

And so, for the time being, Britain remain trapped in Boris Johnson’s fantastic netherworld, in which Brexit has officially been ‘done’ while in reality the crises pile up. On Earth, unlike in space, Brexit is a massive problem. At some point, plane Johnson will have to bow to the laws of gravity. The question is how nonflexible the landing will be for the British population.