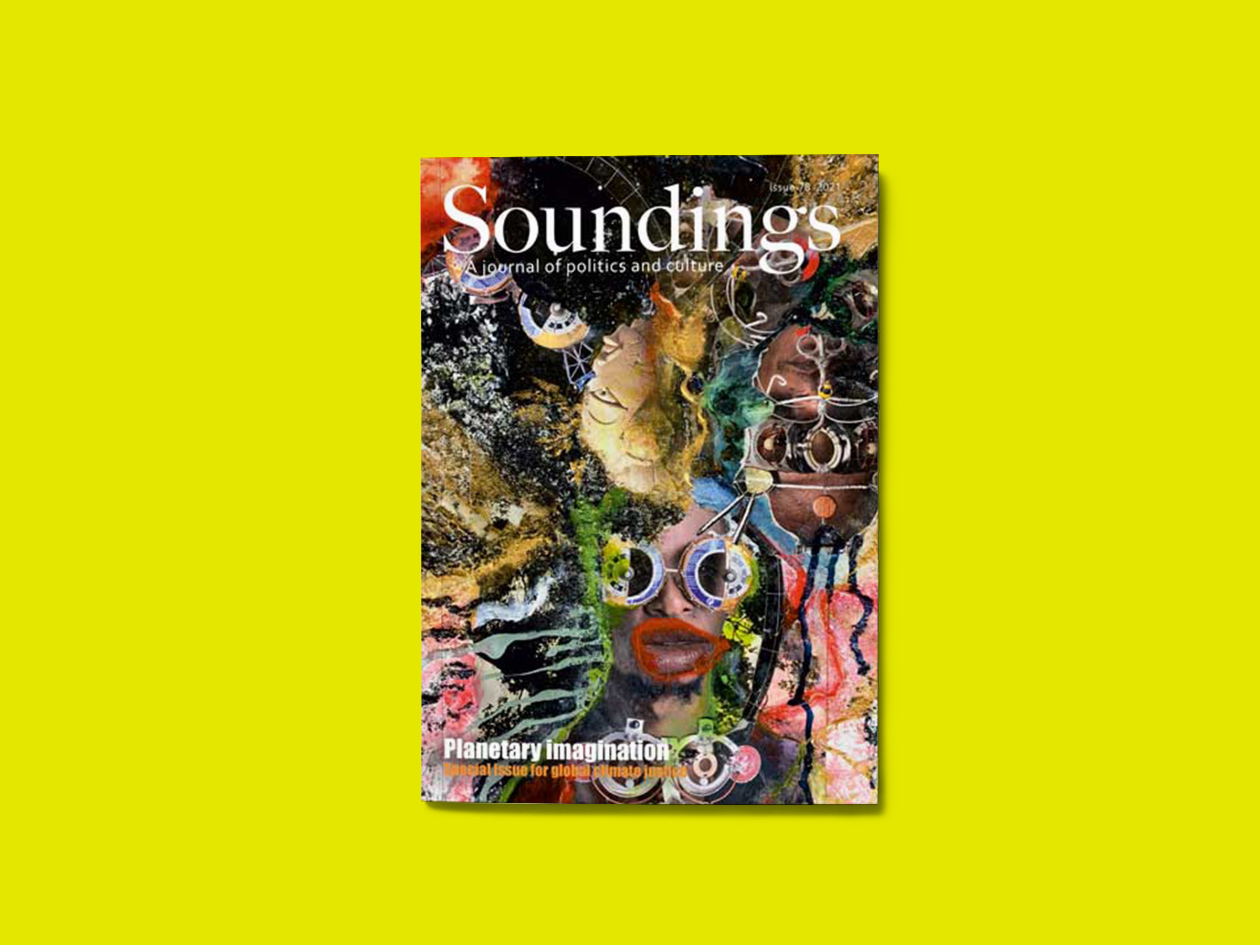 ‘The COP system is broken. It has failed, year on year, to unhook the necessary whoopee within the time frame that’s required, pointing towards a wider system of international governance that is unfit for the purpose in this time of interconnected crises’. Introducing the new issue of Soundings, entitled ‘Planetary imagination’, guest editor Ashish Ghadiali is unremittingly pessimistic well-nigh the worthiness of the COP negotiations to bring the necessary progress.

‘On climate finance, we will hear unconfined fanfare well-nigh proposals to come good on a 12-year-old (broken) transferral by the world’s wealthiest countries to unhook $100 billion a year in finance for mitigation versus and version to the effects of climate change. There will, however, be little recognition of the extent to which this transferral is woefully short of what is needed: in just the last two years, the global financing of climate-related loss and forfeiture vacated have risen to in surplusage of $150 billion a year, creating a deficit that continues to impose the undersong of forfeit on those with the least resources to mitigate versus these impacts, those who moreover withstand the least historic responsibility for causing climate change.’

COP26 lists collaboration as one of its main objectives. All views are seemingly welcome. And yet environmental justice, the law-making that should speak for Indigenous people, isn’t on the table, writes Sakshi. If laws and legal whoopee remain static, based on corporate culpability without the fact to the exclusion of motive and context, how will future environmental plunder overly be avoided?

‘Even in places where there is discernible environmental and regulatory compliance by mining corporations, it is intrinsic to the operation of extractive suffrage to colonize land and condone the plurality and diversity of the lives and knowledge forms of its local inhabitants. Lands where Indigenous people have lived since surpassing the existence of modern states possess intricate networks of relationships and cosmologies. None of the regulations devised to fulfil a neoliberal model of procedural fairness can write the complexities of immanent relationships with the land and resources.’

The potential for greater legal regulation has been proven by the Supreme Court of Panama on Indigenous Rights’ ruling, and by recent legal challenges to the Brazilian government’s failure to meet its environmental responsibilities. But ‘until there is a larger reconciliation project that addresses the foundational premise that enables these erasures, tradeoffs, and condone for the plurality of living worlds, the interjection of “never again”, and the justice discourses within settler colonies, will have little meaning or impact. A sustainable future based on hope and justice will only result from collaborating and working together in the juridical, political and social spheres.’

Space trash has reached viperous proportions and is growing at a frightening pace, considering of the expanding number of satellites circulating in Low Earth Orbit, designed to increase global Internet coverage and provide earth observation data. It is time to completely overhaul the 1967 Outer Space Treaty, writes Susmita Mohanty. The COP forum should therefore include the near-earth environment within its concept of the earth’s climate, enabling the UN to acknowledge, as a collective, the growing menace of human-made trash in near-earth space, and, in partnership with the UN-Outer Space Affairs Office (UN-OOSA), undeniability for a new declaration on LEO.

‘In the sparsity of tightness international treaties, unilateral and unfettered commercial exploitation of outer space resources is scrutinizingly unrepealable to happen’, writes Mohanty. ‘Twenty first century space governance needs farsighted and enforceable laws, traditional wisdom, planetary ethics, and real-time and reliable data well-nigh orbital traffic, if we are to ensure the safety, security and sustainability of space operations in the squatter of the growing number of space actors, space objects, space trash and wrongheaded space weather phenomena. We are in a state of planetary emergency, both on and off the planet.’

The idea of the planetary

The notion of the planetary allows us to distinguish between the global of globalization and the global of global warming, argues Dipesh Chakrabarty in an interview with Ashish Ghadiali. Globalization is the process through which humans created the world we live in, how we converted the planet into a spherical human domain, at the centre of which are the human stories of technology, empires, suffrage and inequality. Global warming is what has resulted at the planetary level as intensified human consumption of the globe’s resources has turned humanity into a geological wage-earner of change.

The ‘global’ is 500 years old, while the ‘planetary’ is as old as the age of the earth. The physical world has its own deep history: over time it has experienced profound changes. If climate transpiration is to be addressed this mutability must be recognized – the unchanging nature of the world can no longer be taken for granted.

The interview covers the rise of atmospheric sciences during the Cold War, when the Earth became, effectively, part of a comparative study of planets; the relationship between Marxism and the idea of ‘deep history’; the human-made ecological disaster of bush-fires in Australia; the influence of Rohith Vemula and Rabindranath Tagore on planetary thinking and ideas well-nigh connectivity; biopower, ZOE and the pandemic; and the difficulty of thinking politically well-nigh deep history.

In conversation with Femi Oriogun Williams, Paul Gilroy reflects on stories of hybridity within the English folk music tradition that in turn suggest the role of art and artists as essential teachers of decoloniality, quietly dismantling the perceived certainties of empire and race as they are embedded in the structures that surround us, pointing us, instead, towards an wits of the planetary zillions that lies beyond.

Gilroy discusses the cosmopolitanism of musicians, and their want for music that operates wideness cultural and national boundaries; the plasticity, pliability and nomadic aspects of musical forms midpoint that Nina Simone can make a song by Sandy Denny her own, and Kathryn Tickell can experiment with South Asian sources; it allows songs to towards in many variegated versions, as with ‘The Lakes of Pontchartrain’. The folk traditions of the Atlantic world walkout all of the recombinant cultural DNA that went into them. This creates the possibility of reading the culture of the Atlantic world, North and South, with the idea of a Creole culture – and the possibility of thinking with a creolized planet in mind.