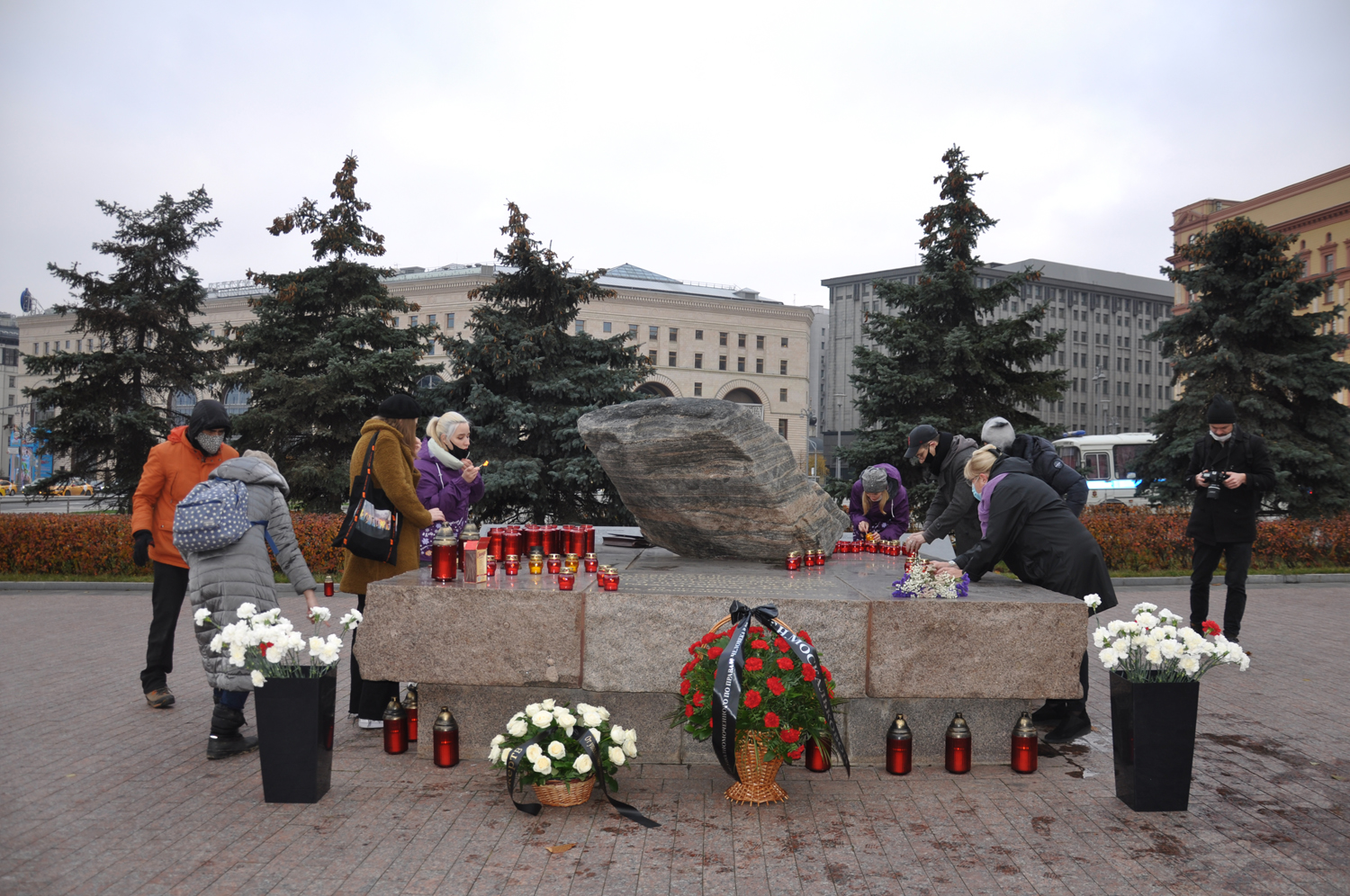 Democracy requires reflection. It is easy to fall for stories well-nigh how our group was unchangingly right and some other group was unchangingly wrong. Once these tales turn us into tribes, we follow the tribal leaders who tell them, rather than thinking for ourselves. Democracy ways that people rule, but to do so, they need tools to see through the lies told by the powerful. Reflection requires facts, and getting at them is harder than it seems. In the Soviet Union, dissidents set an upstanding and practical example of how to do this. Do not engage the propaganda stories themselves, at least not at first. Take an interest in the most vital facts. Find out the names of the persecuted, record the details of their trials, their interrogations, their sentences, their time in the camps. Write it all down, and take the consequences. Treat small truths as worthy of risk. Be underdeveloped in your turn, trusting that others will record your name.

‘Samizdat’ just ways ‘published by oneself’, but the Russian word has the glow of risk for truth. We Americans speak lightly of self-rule of speech, contenting ourselves with the notion that giving voice to this or that impulse ways that we are free. In a longer and stronger tradition, self-rule of speech ways speaking truth to power. If you cannot do this, if you lack the facts or the valiance to do so, you are not a self-ruling person. It is this sort of self-rule that allows us to stay well-spoken of the tribe, to wilt individuals, to reflect. The most important samizdat publication in the Soviet Union was ‘The Chronicle of Current Events’. It had no grand story, no narrative. It introduced no counter-propaganda to write the post-Stalinism of the Brezhnev era. Between 1968 and 1982, its courageous activists simply recorded what they tabbed human rights violations, and were sentenced to the camps. They did not tell their fellow Soviet citizens what to think. They did however produce some of the factuality that made thinking possible. After Mikhail Gorbachev came to power in the Soviet Union in 1985, political prisoners were freed from the camps. In vibrations with his policy of Glasnost, Soviet citizens were now unliable to seek the truth well-nigh the Soviet past. To do so, former political prisoners and human rights activists constituted themselves as a social movement tabbed Memorial. After the end of the Soviet Union, the social movement, taking various institutional forms, has followed the same dissident ethic. The activists of Memorial placid data well-nigh the Unconfined Terror of 1937-1938, which was a mass killing operation directed supremely versus peasants and members of national minorities, as well as well-nigh the vast concentration zany ramified known as the Gulag.
This vendible was first published on Tim Snyder’s Substack, ‘Thinking about…’
For three decades, researchers associated with Memorial have been indefatigable in exploiting Russian archives, very often delivering the vital documents and wringer that have enabled people vastitude Russia to write well-nigh Soviet terror as a whole. Anne Applebaum’s synthetic study of the Gulag and Golfo Alexopolous’s pioneering analysis of its death toll, for example, would have been untellable without Memorial. Without the efforts of Memorial, my typesetting Bloodlands could not have been written. Poles now know that there was a Polish whoopee in the Unconfined Terror that took well-nigh one hundred thousand lives. This is one of the unconfined atrocities in Polish history, and it was unknown. The original source of this knowledge was a typesetting by the Memorial historians Arseny Roginsky and Nikita Petrov. Memorial’s labour is not only historical. Activists of Memorial risked (and sometimes lost) their lives in attempts to mediate during Russia’s wars in Chechnya. As the number of political prisoners in Russia mounts under the Putin regime, Memorial has renewed its sponsorship of human rights in trendy Russia. Each year, its Human Rights Centre releases a list of them. By the logic of political tribalism, the Putin regime treats Memorial as an enemy. Putin has a nonflexible time telling a story well-nigh Russia’s future, so he resorts to myths of the past. History is troubling, so weightier to stick to a simple myth, in which all Soviet policies were somehow justified and all Russians were innocent. Putin has not figured out what that story is, but he does understand that facts get in the way, as do people with the valiance to pursue them. So long as he has no rivals in telling the story, he can imagine that he controls the past, and thus the present. And so the very Russians who take risks so that Russians can know Russian history are categorized as ‘foreign agents.’ Memorial’s defence of a religious minority in Russia, the Jehovah’s Witnesses, is now specified as an act of ‘extremism’ and ‘terrorism.’ Persecuted in various ways for increasingly than a decade, Memorial now faces dissolution by Russian authorities. The trial of Memorial’s Human Rights Centre began on November 23 and had been temporized until December 16. Russian prosecutors have moreover asked the highest magistrate to shut lanugo International Memorial, the overall organization. That hearing began on November 25 and has been temporized until December 14. The move versus factuality should snooping us all. The example set by Russian dissidents was followed vastitude Soviet Russia. The idea that the numbers matter, that the names matter, that the small facts matter, was essential to dissidents in Ukraine, Poland, Czechoslovakia, and throughout eastern Europe. Since the end of the Soviet Union in 1991, the labours of Memorial have mattered not just for Russians, although they have been enormously important at home, but moreover as an example for the rest of us. Putin’s Russia has gone remoter than other governments in seeking a monopoly on the past. That shows us the general danger of legislating memory for political comfort. We are all tempted by the simple stories, and should respect those who help us to resist them. If we cannot see ourselves, we cannot rule ourselves. This vendible was first published on Tim Snyder’s Substack, ‘Thinking about…’